AirClean was assigned to perform the assessment, engineering and consultation to upgrade the bag house induced draft fans for a major U.S. steel manufacturer. The client wanted to save electrical energy and maintenance and Airclean helped them arrive at a design that would allow them to vary speed with temperature via variable frequency drives, would operate without throttling and would extend fan life and reduce maintenance by at least 50%. 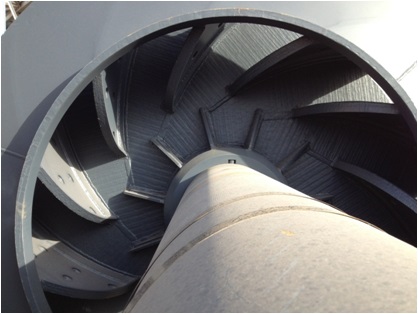 The project completed in May 2013 yielding an energy savings in excess of 25,000,000 kWh per year. The projected savings were exceeded by over 10%, with a project payback slightly less than two years.